MNS Chief Raj Thackeray has postponed his visit to Ayodhya? 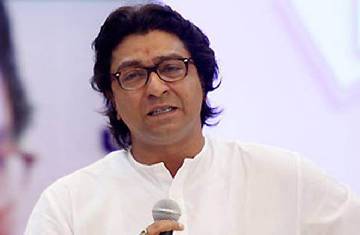 Raj Thackeray, the Maharashtra Navnirman Sena Chairman who has recently made headlines for opposing the use of loudspeakers in mosques and his rekindled passion for Hindutva, announced on Friday that his Ayodhya visit, which was scheduled for June 5, will be postponed. He announced his change of plans on Twitter, saying he would provide more details about his visit during a rally in Pune on May 22.
The MNS had put up 'Chalo Ayodhya' banners in Mumbai, inviting people to accompany Raj on his trek, and had booked train tickets for MNS employees and supporters to travel to Ayodhya. According to MNS sources, the trip has been postponed due to health concerns. The catalyst appears to have been BJP MP Brij Bhushan Singh's strong opposition, who has been the lone voice urging that Raj Thackeray's visit be postponed until he makes an unqualified apology to north Indians for launching a campaign against them in 2008.
Raj Thackeray has been a vocal opponent of migrant workers from north India, particularly from Uttar Pradesh and Bihar, who come to Maharashtra. Singh, along with his thousands of supporters, led the anti-Raj rallies, threatening to stop his arrival in Ayodhya on June 5. The BJP was powerless to stop Singh from constantly expressing this threat, and he continued to say that "Rambhakts" were welcome in Ayodhya.
The ruling Maha Vikas Aghadi partners used the MNS chief's backtracking as fodder. "Some individuals learn it late," Shiv Sena MP Sanjay Raut claimed the BJP was utilising Raj Thackeray. The other party (MNS) cancelled various programmes in Ayodhya, according to the media. We would have backed them up. After all, the Shiv Sena has a sizable following in Ayodhya," he continued.
The BJP, according to State Congress General Secretary Sachin Sawant, is to blame for Raj Thackeray's shame. "Initially, Raj Thackeray was supported by the BJP. The Vishwa Hindu Parishad and Bajrang Dal, meanwhile, rejected the MNS chief to avoid another claimant and benefactor of Hindutva. He said that "the MNS has been purposefully exploited to sway north Indian voters."
Image Courtesy: Twitter @FinancialXpress