New initiatives to destroy the Shiv Sena have been made: Uddhav Thackeray 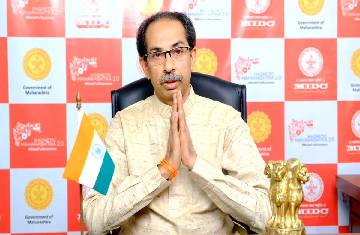 Shiv Sena has previously tried to separate, but the current attempts, according to Sena president Uddhav Thackeray, are meant to bring the party to an end. At his Mumbai home, "Matoshree," Thackeray declared to the party workers that he had complete faith in the judicial system. The renegade MLAs led by Chief Minister Eknath Shinde were sought to be disqualified by a faction led by Thackeray in a petition to the Supreme Court.
On Wednesday, the supreme court ordered the Shinde-led side to revise its arguments in response to petitions brought by the opposing Thackeray group concerning constitutional problems related to the current political unrest in Maharashtra. The Shiv Sena was formerly divided up, but now Thackeray claimed that the party was being tried to be destroyed. He was referring to JP Nadda, the head of the Bharatiya Janata Party (BJP), who stated that other parties (parties run by families) would not exist in the future, only an ideology-driven party like the BJP.
Additionally, Thackeray said that the Enforcement Directorate's (ED) Sunday search of Shiv Sena MP Sanjay Raut's home was a part of a "plot" to end the party. Bal Thackeray created the Shiv Sena in 1966, and it had previously experienced the departure of influential leaders. However, the party had its biggest uprising in June when 40 of the party's 55 MLAs sided with senior Sena leader Eknath Shinde, causing the Maha Vikas Aghadi (MVA) government led by Thackeray to fall.
Image Courtesy: Twitter @OfficeofUT