In Madhya Pradesh, an unusual alliance is forming between the MVA and the BJP government over the restoration of OBC quotas in local body elections. 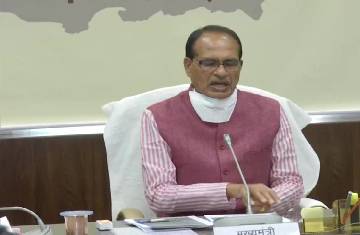 On the politically sensitive topic of postponing urban and local body elections till OBC reservation is restored, the BJP-led government in Madhya Pradesh and the Shiv Sena-led Maha Vikas Aghadi administration in Maharashtra have formed an uncommon partnership. Chief Minister Uddhav Thackeray will meet with his counterpart Shivraj Chauhan and propose filing a joint review plea against the Supreme Court judgments ordering the Maharashtra and Madhya Pradesh State Election Commissions to notify the polls within two weeks.
Furthermore, both CMs may seek Prime Minister Narendra Modi's assistance with a request to enact an ordinance restoring OBC quotas in urban and local bodies. This was the upshot of a protracted discussion at the state cabinet meeting on Wednesday, which Thackeray presided over.
On the other hand, the Maharashtra State Election Commission (SEC) today petitioned the Supreme Court to allow it to finish the stages of ward formation, reservation for SC, ST, and women, and voter list division for 2486 local bodies by the end of July. Furthermore, the SEC has requested that an election timetable be issued in September because polls in July and August will be impossible to hold due to the administrative machinery being preoccupied with flood control, mitigation, and disaster management.
Furthermore, SEC has requested that elections for urban local bodies be held in October and elections for rural local bodies be held in November.
Veteran NCP minister and Samata Parishad founder Chhagan Bhujbal argued that this is an opportunity for Maharashtra and Madhya Pradesh to work together to protect the OBCs' constitutional entitlement to political representation in urban and local bodies. It was also suggested that Thackeray and Chauhan meet with the Prime Minister and Chief Justice of India to sensitise them.
Image Courtesy: Twitter @ANI