Gopichand Padalkar, a member of the BJP, criticises Supriya Sule of the NCP for the OBC quota issue 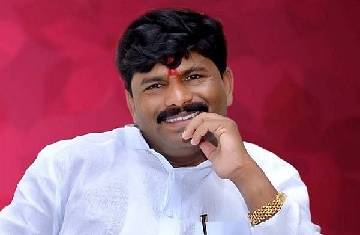 Gopichand Padalkar, a member of the Maharashtra BJP who represents the OBC community, criticised NCP leader and MP Supriya Sule in a tweet for her most recent comments on the OBC quota controversy. Supriya Sule, a leader of the NCP and a member of parliament, was questioned about the OBC quota dispute in Maharashtra, where the Supreme Court rejected the state's request but granted Madhya Pradesh's request on the same matter.
Added Supriya Sule: "Since the court reduced the OBC quota in Madhya Pradesh, we shouldn't use that state as an example. Instead, we should use the example of deserving students rather than failing students. Bhujbal, a minister in Maharashtra, works on this issue around-the-clock."
Padalkar tweeted his disapproval of her claim and stated, "Such a statement from seasoned leaders demonstrates why OBC and Maratha reservations weren't implemented in our state. Additionally, this is a blatant indication that these leaders want the upcoming local body elections to take place without OBC reservations. Such leaders and their statements that are against the OBC and their reservation are condemned by me."
The Maharashtra government requested OBC reservation in the upcoming local body elections, but the Supreme Court declined to grant their request. While Madhya Pradesh received approval to hold elections with a reduced quota for OBCs after making a similar request. The BJP accuses the Shiv Sena-led MVA government of failing to properly present the case and of failing to adhere to the guidelines established by the top court for OBC quota reservation.
Image Courtesy: Twitter @MadrasTribune