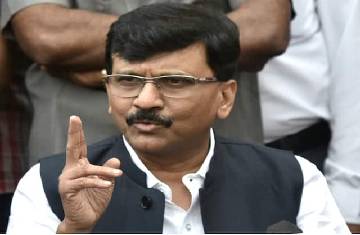 After a recent action from the investigation agencies on the ruling coalition of Maharashtra, the Maha Vikas Aghadi (MVA) government, the Shiv Sena criticized the centre stating that instead of Contract killings it is Government killings now and the only reason is finishing up political rivals.
The criticism came from Shiv Sena’s spokesperson and Member of Parliament (MP) Sanjay Raut in his weekly editorial Rokh Thok where on Sunday he listed out some actions taken by the Narcotics Control Bureau against Nawab Malik’s son in law and then the Income Tax raid against the Deputy Chief Minister Ajit Pawar and his relatives.
“There used to be a time when contract killings were widespread in the city of Mumbai, hitmen used to be hired to kill the rivals but now the time has changed and government killings happen today. It feels as if central agencies are involved in these contract killings with who so ever is in power in Delhi. Now the rules are made in such a manner that no opponents should be left out, all should be finished off with the help of investigative agencies,” wrote Shiv Sena spokesperson and Member of Parliament Sanjay Raut.
Further, the column read out that the State of Maharashtra was being targeted and the state is being falsely alleged of cases like corruption, money laundering and what not. The main reason behind doing this stuff is bending people down and harass them, but the state of Maharashtra will not do what they wish for and it has also been made clear from Chief Minister Uddhav Thackeray to Nationalist Congress Party (NCP) supremo leader Sharad Pawar.
Further, attacking the Centre, Raut stated that the Central Bureau of Investigation (CBI) team was raiding homes of former Maharashtra Home Minister Anil Deshmukh five times and was not concerned about the whereabouts of former Mumbai Police Commissioner Param Bir Singh, as he was the one who alleged that former Maharashtra Minister Anil Deshmukh was involved in corruption.
Image Courtesy: Twitter @ABPNews