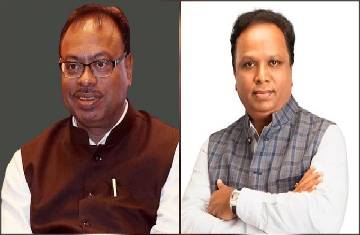 In a significant organisational reorganisation, Ashish Shelar, a former school education minister and Maratha politician, will command the Mumbai BJP branch, replacing the former energy minister and OBC leader Chandrashekhar Bawankule. By the way, Devendra Fadnavis, the deputy chief minister, is friendly with both Bawankule and Shelar. Bawankule was not given a ticket for the 2019 assembly elections, but on June 20 he was chosen to serve in the state council.
When the party launched Mission 2022 to win BMC elections alongside the Shinde camp and defeat Uddhav Thackeray's Shiv Sena, which ruled India's richest civic body for almost three decades, Shelar, who had previously held the Mumbai BJP chief's post, was denied a ministerial berth and appointed for the second time. Bawankule and Shelar's appointments were announced by BJP National General Secretary Arun Singh.
Bawankule is from Vidarbha, where the BJP has steadily increased its support while exploiting the Congress party's decline. Days after the Supreme Court reinstated the 27% OBC quota in the urban and rural bodies, Bawankule was appointed. With a reservation for OBCs, elections for 14 Municipal Corporations, 25 Zilla Parishads, and a few urban local bodies are scheduled for October or November. Bawankule, Fadnavis, and other party officials spearheaded the charge to demand the reinstatement of the OBC quota in the urban and rural local bodies at the Shiv Sena-led Maha Vikas Aghadi.
In order to fulfill Mission 45, which calls for the party to win the most seats possible—48 in the Lok Sabha and 170 or more of the 288 in the assembly—along with its new ally, the Shinde-led Shiv Sena, the BJP proposes to play the OBC card in the upcoming local body elections as well as in the Lok Sabha and assembly elections.
Regarding Shelar's reappointment, he was launching salvos at the Maha Vikas Aghadi administration as well as the Shiv Sena-led BMC on a variety of subjects, such as corruption and misdeeds. Shelar and other city leaders have already started ward-by-ward campaigns to bring frauds to light and guarantee a solid, clean government if they win the forthcoming BMC elections.
To defeat the Thackeray-led Shiv Sena, Shelar will need to make an effort to win over Marathi Manoos as well as votes from other communities. The Thackeray group after the Shinde-led rebellion has already geared up poll preparations with outreach to the traditional vote bank the Marathi Manoos, thus even if the party intends to ride the Modi wave, it will need to strengthen its relationship with Marathi Manoos in particular.
The BMC elections will be contested around local problems like roads, connections, water, and sanitation, but the BJP may need to be prepared to appease voters who are being hurt by rising unemployment and skyrocketing prices for necessities. In addition, Shelar's BJP will need to successfully refute the Thackeray faction's claim that Mumbai is not part of Maharashtra and that this diminishes its significance as the nation's financial centre.
Image Courtesy: Twitter @themaktab