Ahead of Assembly elections, Shiv Sena leaders head towards Mumbai 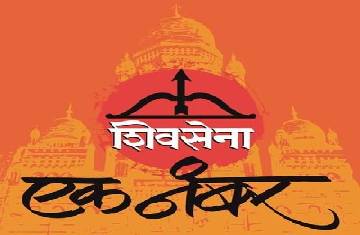 Ahead of the Assembly Elections to be held in Mumbai, the Maharashtra ruling party, the Shiv Sena have all geared up and preparing themselves. In a recent development, a total member of 8, of the Shiv Sena party has left for Mumbai, with the Head President M Tombi.
The aim the 8 leaders of the Shiv Sena party are carrying is of discussion for the fielding of candidates who are capable enough to fight in the approaching Assembly elections, with the party’s high command. Before leaving for Mumbai city, the party president stated that their party will contest 15 seats in the elections approaching, and also 12 candidates who are capable enough to fight the elections have been chosen till now.
It is speculated that the party is to conduct an intensive discussion ahead of the elections and taking out the best candidates and how are they going to be selected. With the Bharatiya Janata Party (BJP) winning the by-elections recently, the tensions in the Chief Minister Uddhav Thackeray’s led Maha Vikas Aghadi (MVA) coalition government has risen as the most important elections, Brihanmumbai Municipal Corporation elections, are scheduled for January 2022, that is next year.
After questions being raised of a possible Shiv Sena-Bharatiya Janata Party (BJP) joining hands together again, M. Tombi responded, that Shiv Sena is never going to join hands with the Bharatiya Janata Party (BJP). And the party will have the full support of Shiv Sena, whoever wins the Assembly elections.
Ahead M. Tombi could be seen urging political figures to not gather in large numbers and asked people not to celebrate elections as a festival, and follow the guidelines of the prevailing Covid 19 situation in Maharashtra.