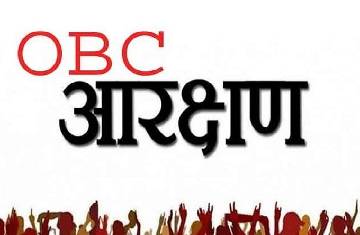 The BJP and its Maha Vikas Aghadi partners cited a "faulty" method of collecting empirical data on Other Backward Classes (OBC) adopted by a dedicated commission led by former Chief Secretary Jayant Banthia on Monday, claiming that it will harm the OBCs' interests. The empirical data is part of a three-part test that the state government must pass in order to restore Maharashtra's 27 percent political quota in local and civic bodies.
Fadnavis objected strongly to the collection of empirical data on OBCs, claiming that it was riddled with errors. "If the survey is continued in its current form, the number of OBCs will decrease, which will be a great loss to the OBC community," he claimed. "NCP Minister Chhagan Bhujbal is working for the OBC reservation, but he lacks authority. Chief Minister Uddhav Thackeray should issue specific instructions to those involved. The OBC community will suffer as a result of the incorrectly conducted survey," said Fadnavis. He threatened to take to the streets if the government did not take appropriate action.
According to Bhujbal, the exact number of OBCs cannot be determined solely by surnames. "Empirical data is being collected to restore OBC political reservation in the state, but caste is being considered as a barrier in some places. Such a method is incorrect, and all parties must be aware of it," he said. "We will not allow empirical data based on faulty information to be used against OBCs." We will bring this to the Chief Minister's attention and appeal to the dedicated commission," said Bhujbal.
The objections raised by Fadnavis and Bhujbal were also supported by Minister of OBCs Vijay Wadettiwar. "The government has already proposed a dedicated commission to remove anomalies in empirical data collection, and it will be done to ensure justice for OBCs," he said.
Image Courtesy: Twitter @fpjindia