No alternatives for Maharashtra, Political circles abuzz, will have to wait till CM’s recovery 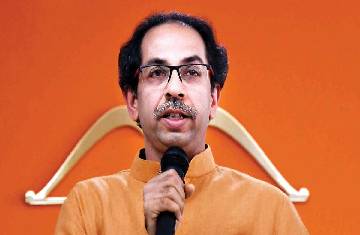 It has been a long time since Chief Minister Uddhav Thackeray has not been attending any policy framing decisions that are to be taken for the state of Maharashtra. With this, it has also been a tradition of the Chief Minister Uddhav Thackeray to not hand over his charges with the Deputy Chief Minister in his absence, with this political circle seems to abuzz over his absence as he has been hospitalised for his neck pain and suggested by a doctor to recover completely and then head.
The absence becomes important at this point because VAT on fuel is to be discussed with various other issues. In the earlier period speculations were around the corner that the Chief Minister Uddhav Thackeray has laid down his responsibilities to his party  colleague and the minister of urban development Eknath Shinde, but soon Shinde’s office stated that the Chief Minister would be working in the coming three to four days. With this the Chief Minister’s official statement which was issued also stated that his surgery was successful and soon going to recover while being recharged in due course of time.
“Sharad Pawar was the last Chief Minister who gave in charge of his post to some other colleague, when at the time of Shiv Sena- Bharatiya Janata Party (BJP) rule under the leadership of Manohar Joshi, he did not give his charges to anyone to which the leader Gopinath Munde had privately complained and even held a meeting with the CM’s cabin. After this not handling powers became the tradition,” stated a senior Congress Minister.
The Brihanmumbai Municipal Corporation elections 2022, one of the most significant elections of the Mumbai city is around the corner, with this, Chief Minister Uddhav Thackeray is not leaving any stone unturned despite not being present physically as the state supremo.
Image Courtesy: Twitter @thefirstindia