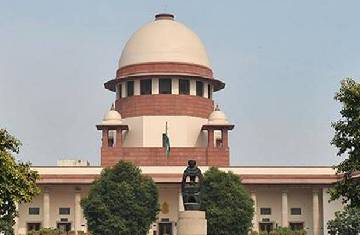 The Maharashtra State Election Commission (SEC) will conduct elections for the 20 Municipal Corporations, 25 Zilla Parishads and 210 Nagar Parishads after the existing pre-poll procedure is completed, which is a great relief to the Maha Vikas Aghadi government. The Supreme Court has ordered the SEC to complete the pre-election process by July. This means that Municipal and Local elections will only take place in October and November.
By this time, the Maha Vikas Aghadi government intends to have compiled critical empirical data on Other Backward Classes (OBCs), which is one of the three triple tests ordered by the Supreme Court for the reinstatement of OBC political reservation in urban and local bodies in the state. A special panel on OBCs, led by former Chief Secretary Jayant Banthia, has already convened regional meetings and compiled empirical data on OBCs.
The MVA partners and opposition are certain that the polls should not be held without the OBC quota, which was previously overturned by the Supreme Court. The civic and local body elections will be placed in October-November, according to veteran NCP minister and Samata Parishad founder Chhagan Bhujbal.
On Tuesday, the Supreme Court ruled that elections to local and civic bodies can be held in districts in Marathwada and Vidarbha with less rainfall because they do not have to wait until October and November, but elections in districts in the Konkan region with high rainfall can be held after the monsoon has passed.
The Supreme Court also ordered the SEC to complete the pre-election process, which includes ward formation, reservation for SC, ST and women, and voter list division for 2,486 local governments. "The highest court has instructed to complete the process and decide the poll timetable taking into account region, district, and local body-wise monsoon situation," a senior SEC officer told the Free Press Journal. The SEC announced today that it has begun the pre-election process, which was put on hold on March 10 after the state government approved two laws stripping the SEC of its jurisdiction to demarcate wards and set poll dates.
The officer recalled that the SEC stated in the May 11 special application that the procedure would be completed by July. Furthermore, the SEC requested that it be allowed to release an election timetable in September, as conducting polls in July and August would be impossible due to the administrative machinery being occupied with flood control, mitigation, and disaster management projects. The SEC also requested that elections for urban local bodies be held in October and elections for rural local bodies be held in November.
Image Courtesy: Twitter @SupremeCourtFan