Maharashtra Government approves renovation of 388 structures in South Mumbai, which will help more than 40,000 residents 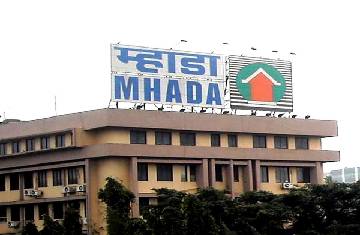 There is excellent news for the 30 to 40,000 families who live in the South Mumbai MHADA refurbished buildings, which are 30 years old and in poor condition. The Shinde Fadnavis administration has made a significant policy choice to redevelop these properties in accordance with section 33(7) of the Development Control Regulation by offering a 3-floor space index (FSI) or additional incentive FSI of at least 78%, as was previously the case for Prime Minister's Grant Project (PMGP) buildings in south Mumbai.
The government's action is being taken in anticipation of the forthcoming BrihanMumbai Municipal Corporation, where the Shinde camp-BJP coalition is determined to dethrone Uddhav Balasaheb Thackeray of the Shiv Sena and take control. These households will benefit from having 400 square feet of living space instead of the current 160 to 225 square feet. According to the Chief Minister's Office, the government will provide notice the following week.
Under Section 33(7) of the DCR, the government had already approved the rehabilitation of 66 MHADA-reconstructed structures that were 30 years old. Three FSI or additional incentive FSI of at least 78% had been given. Under the Prime Minister's Grant Project, MHADA rebuilt them (PMGP). Under Section 33(7) of the DCR, the government has already given notice of the redevelopment of these 66 properties.
However, these 388 buildings were not included by 33(7) of the DCR in the government notification. The state government and MHADA rebuilt these structures, but because they are now outdated and in poor condition, they are required to be redeveloped. Many people who live in these severely damaged buildings will now feel relief, according to a senior housing department officer. This choice will make all tenants and inhabitants of tenements with floor areas between 160 and 225 square feet happy.
"The MHADA had issued an invitation for comments and objections, which were forwarded to the Pune Town Planning Department for review. It will now be forwarded to the Urban Development Department for its recommendation to the government's final approval. After that, the government will issue the  notification allowing for the redevelopment of these 388 buildings as well as 66 buildings, the officer said. The officer claimed that MHADA has rebuilt many of the city's more than 14,000 outdated and decaying structures. The tenant rooms in this building are 160 and 225 square feet in size, and their maintenance costs have gone up.
Image Courtesy: Twitter @Realty_Et