Ex-BJP MLA Narendra Mehta and his wife have been charged with excessive assets, but no arrests have been made yet 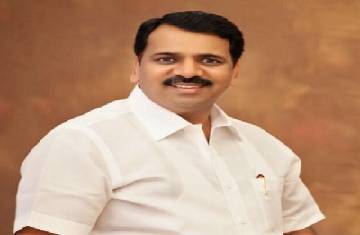 The Anti-Corruption Bureau (ACB) in Thane filed an FIR (387/2022) against former BJP member Narendra Mehta on Thursday at the Navghar Police Station in Bhayandar (east) on charges of accumulating disproportionate assets of more than Rs. 8.25 crore. The former legislator has been charged with a crime under sections 13 (1) (d), 13 (2) of the Prevention of Corruption Act, 1988, and section 109 of the Indian Penal Code, according to police. His wife Suman has also been charged with abetting the crime.
In 2016, the ACB was ordered to begin an open investigation into the subject after a complaint was filed with the Lokayukt. The FIR was ultimately registered on Thursday after several months of delays. But no arrests have yet been made. According to ACB officials, the legislator amassed disproportionate assets worth Rs. 8,25,51,772 between January 1, 2006, and August 31, 2015, while serving as a Municipal Corporator in the Mira Bhayandar Municipal Corporation (MBMC) and later being elected as legislator from the Mira-Bhayandar (145) assembly constituency by defeating his NCP opponent.
In the 2019 assembly elections, he was defeated by Geeta Jain (independent), a party renegade. Mehta, who has also served as Mayor of the MBMC and is said to be a close ally of former Chief Minister Devendra Fadnavis, has always been in the news—mostly for the wrong reasons.
Image Courtesy: Twitter @iNarendraMehta