Dussehra Rally: Shiv Sena is all set for its rally indoors at Shanmukhananda Hall, ahead of BMC elections 2022 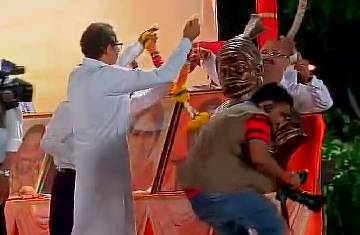