BMC's plan to beautify footpaths draws flak from the opposition 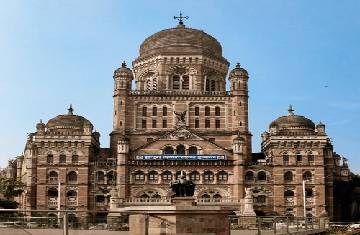 The Brihanmumbai Municipal Corporation (BMC) is planning to revamp and build up the footpaths and pathways in Wadala, Chembur, Bandra and Goregaon at a sum amounting to ?69 crores, as per the proposal passed in its standing committee on Wednesday.
This plan to beautify the footpaths in these five areas in the city will be taken up on the line of the revamped footpaths throughout the Fort area in south Mumbai. As per the proposal, the line of work will be brought off at Lady Jehangir Marg starting from St Joseph Circle near Wadala station to Ruia College; Maharshi Dayanand Saraswati Marg from Diamond Garden to Chembur railway station; Sant Gyaneshwar Mandir Road and RKP Road in Bandra (East); and MG Road, Goregaon.
Meanwhile, the Bharatiya Janata Party (BJP) has now raised objections to the proposal. Prabhakar Shinde, BJP member and group leader in the Brihanmumbai Municipal Corporation, questioned the necessity of this project stating, “Why do we need to squander crores of rupees on beautification of footpaths and pavements?
This does not make sense in any way, especially when the Brihanmumbai Municipal Corporation has stopped many road works due to inadequate funding. We have expressed our disagreement against this proposal in the standing committee but it was still passed."
As reported by an official from the department, these five footpaths will be made up of cement concrete, claiming a life cycle of three decades, in contrast to the existing footpaths that are made up of paver blocks. Pedestrians have reported inconvenience at several locations due to the loosening of the paver blocks. The project is also aiming towards the betterment of footpaths near the National Gallery of Modern Art and Mumbai University in Fort.