Anil Parab, a Sena Minister, refuses to appear before the ED 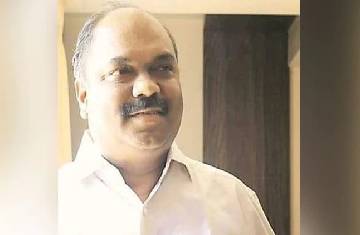 Due to prior commitments, Maharashtra Transport Minister and Shiv Sena leader Anil Parab did not appear before the Enforcement Directorate on Wednesday to record his statement in a money laundering case. The ED wanted to record Parab's statement as part of its investigation into the Dapoli resort in Ratnagiri.
While speaking to reporters on Wednesday, Parab, who was not in Mumbai, said, "I had received the notice from ED on Tuesday. I was unable to visit the ED office because I was not in Mumbai. When I arrive in Mumbai, I will undoubtedly pay a visit to the ED office. I have previously stated that I will respond to any questions authorities may pose to me."
On May 30, ED officials interviewed a person in connection with a money laundering case involving a resort in Dapoli, Ratnagiri.
Last month, ED agents conducted searches in Mumbai, Pune and Dapoli, including properties linked to Parab and others. BJP leader Kirit Somaiya had previously claimed that Parab had built a resort in Dapoli, Ratnagiri district, in violation of the Coastal Regulation Zone.
During a search in March of this year, the Income Tax (I-T) department allegedly discovered evidence revealing that more than Rs 6 crore was spent on the construction of a prominent politician's (Anil Parab) resort at Dapoli in Ratnagiri district. The money, according to agency officials, was not accounted for in the books of account. The search resulted in the seizure of Rs. 66 lakh in cash. During the search, I-T officials discovered that Parab purchased a parcel of land in Dapoli in 2017 for Rs 1 crore, but it was not registered until 2019. This land was subsequently sold to a Mumbai-based cable operator in 2020 for Rs 1.10 crore.
Image Courtesy: Twitter @thefirstindia