According to the Congress, revised electoral wards will favour the Shiv Sena 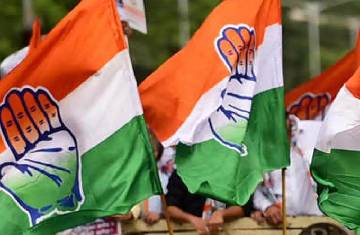 Former Congress corporators are angry with the city's redrawn ward borders, claiming that the new wards will benefit the Shiv Sena. Last Monday, the State Election Commission (SEC) released the final list of 236 electoral wards' altered boundaries. According to a senior Congress leader, after analysing the list published on May 13, the party discovered that the Shiv Sena modified the borders in roughly 45 wards to benefit its leaders.
Despite the fact that the Sena and the Congress are partners in the ruling Maha Vikas Aghadi (MVA) government, the Congress party claims that the ward boundaries of its sitting corporators have also been modified. Shiv Sena leaders in the BMC, on the other hand, have denied any involvement in the ward boundary formation.
"We discovered that over 40 boundaries have been modified, as well as around 17 wards with Congress corporators. On the condition of anonymity, a former Congress corporator said, "The Shiv Sena is duplicating what the BJP did during the 2017 BMC elections." These wards are located in the western outskirts of the island city. "We'll hold a meeting with senior party officials after which we'll decide on our next steps," he said.
The number of wards has climbed to 236 from 227, according to authorities from the BMC's election department, and 90 ward boundaries have been altered. Similarly, three wards have been added to each of the island cities, western and eastern suburbs. Changes have occurred in areas such as Worli, Parel, Byculla, Kurla, Chembur, Malad, Borivali, Kandivali, Dahisar, and Andheri. The Shiv Sena was the single largest party in the BMC until March 7, when the civic body's five-year tenure ended; the Congress had 29 corporators.
Former Congress corporators have also voiced dissatisfaction over not being invited to project inaugurations or ground-breaking events in their wards. Rais Shaikh, a member of the Samajwadi Party, has also claimed that boundaries have been shifted to favour the ruling party.
Image Courtesy: Twitter @fpjindia