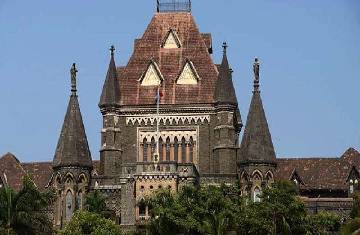 The Bombay High Court has stated that it will not intervene if the notification was issued by the civic body "for the greater good" when it asked the Brihanmumbai Municipal Corporation (BMC) under which legal provisions it had made masks mandatory and fined people for violations during the COVID-19 pandemic.
"If a notification was issued by the BMC that people have to wear masks to contain the pandemic and a fine would be imposed for not wearing a mask, then that was for achieving the greater good and court will not interfere," said a division bench consisting of Chief Justice Dipankar Datta and Justice Madhav Jamdar.
Two petitions seeking the prosecution of the previous Chief Minister Uddhav Thackeray and a refund of fines authorities had imposed on those who broke the mask ordinance were being heard by the HC. The petitioners have also asked for an investigation into former Maharashtra Chief Minister Uddhav Thackeray for misusing public funds to buy COVID-19 vaccinations and pressuring people to get immunised, in addition to the refund of the fine amount.
The HC requested information from the BMC regarding the legal requirements that made masks required and assessed fines. The court has also requested information from BMC attorney Anil Sakhare regarding Section 2 of the Epidemic Diseases Act, which gives the  government the authority to enact regulations and take a specific action when a dangerous epidemic disease is present.
The Maharashtra government's senior attorney, SU Kamdar, said that the Supreme Court had recently remarked that the vaccination programme being carried out by the Center could not be blamed and that it was right and justified considering the existing pandemic. Therefore, Kamdar added, "it is not necessary to bring charges against (Uddhav Thackeray) for misappropriation of funds."
One of the petitions, submitted by Firoze Mithiborwala through attorney Nilesh Ojha, alleged that it was "unscientific" for the government and BMC to require residents to cover their mouths and noses when they are outside of their houses and in public places. The petitioner requested that the court order the state and Municipal Governments to restore the funds they have already received from the general public as fines for failing to cover up in public. After two weeks, the HC held the petition for consideration.
Image Courtesy: Twitter @airnewsalerts