When will students return to school? 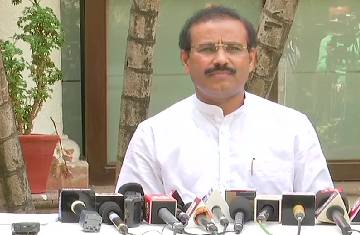 As the public uproar against the Maharashtra Government's decision to close all schools due to rising COVID 19 and Omicron Variant cases grows louder, Public Health Minister Rajesh Tope broke the silence on Sunday, saying that Chief Minister Uddhav Thackeray will make a final decision on school reopening in a fortnight after reviewing the pandemic situation. Many social organisations and education specialists have opposed the closing of schools in areas where COVID 19 and Omicron Variant instances have not increased. They have encouraged the state administration to restore the schools as soon as possible due to issues with connectivity for online instruction and many pupils' lack of access to gadgets.

Tope acknowledged that the state government had had requests to reopen schools. The Minister of State for Education also revealed that education experts and the parents and teachers association believed the government should not have announced mass school closures. "After a 15-day full examination of the pandemic situation, the Chief Minister will make a final decision." There is a desire for reopening schools with 50% capacity where there is no increase in cases," Tope stated.

Additionally, the minister mentioned that the government will focus on increasing immunization rates by conducting awareness programmes in all areas. "In Maharashtra, approximately 90% of eligible recipients have received the first vaccine injection and 62 percent have received the second dose since the country's universal immunization programme began on January 16, 2021. Furthermore, 42 percent of eligible recipients between the ages of 15 and 18 have got the vaccine shot in the state," he noted. Tope, on the other hand, raised concern over eligible people's reluctance to get fully vaccinated.