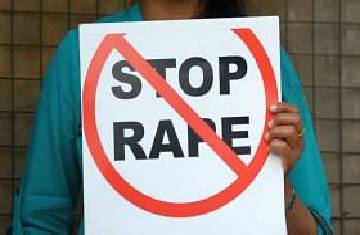 The Maharashtra Police have issued a set of detailed Standard Operating Procedures (SOPs) for all Police Commissionerate’s in the state to follow in order to conduct efficient rape investigations. The lengthy circular covers all aspects of a rape investigation, from filing a FIR to submitting a chargesheet, as well as the steps to be taken to prevent crimes against women.
According to the State Crime Records Bureau (SCRB), 4,846 rape cases were reported in Maharashtra in 2020, an 11.42 percent decrease from the previous year. According to SCRB data, while the police had submitted charge sheets or closure reports on the conclusion of their investigations in 66.11 percent of these cases by 2020, the courts had issued verdicts in only 2.50 percent of them, with the rest still pending. In 2020, the state had a rape conviction rate of 21.05 percent.
The SOPs were outlined in a circular issued earlier this month by Special Inspector General (Law and Order) Milind Bharambe. They include all crimes covered by Section 376 (rape) of the Indian Penal Code, as well as Section 2 (1) (d) of the Protection of Children from Sexual Offences (POCSO) Act, which addresses penetrative sexual assault on a minor.
"The following instructions are being issued in order to prevent such crimes, to take serious and appropriate action at every level of the investigation, and to increase the conviction rate in order to instil fear of the law in the minds of offenders," the circular states.
It goes on to remind all officers in the state that such cases should be reported immediately and that any personnel found to be shirking their duty in this regard will face strict departmental action. All police station commanders have been directed to ensure this.
"In the case of a cognisable offence, an FIR should be filed immediately, rather than waiting for the victim to notify the police." "It is not necessary for the victim to be present in order to file such complaints," the circular states. Other guidelines include having a female police officer register such complaints, providing translators to victims if necessary, and not tampering with the victim's statement in any way. If the victim is a minor, police officers have been instructed to ensure that a parent, guardian or social worker is present.
Image Courtesy: Twitter @themaktab