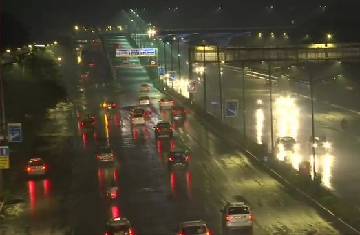 The Brihanmumbai Municipal Corporation (BMC) has requested that the Mumbai Metropolitan Region Development Authority  (MMRDA) widen the Eastern Express Highway's 13 shallow culverts. The operation will aid in the speedier drainage of collected rainfall, as some portions of the eastern suburbs are inundated every year despite drain desilting.
With the monsoons less than a month away, the BMC has accelerated desilting work in 386 flood-prone areas across the city, with 100 more to go. The BMC's stormwater drains (SWD) department has been seeking a solution to the problem after studying the regions prone to floods. The city government recently proposed expanding the culvert network in the eastern suburbs.
"There are 16 culverts between Mulund and Sion." There is no need to expand any of these three culverts. The BMC has requested that the MMRDA enlarge the ten narrow culverts. As a result, they will expand the culverts when concretizing the road," stated Vibhas Achrekar, Deputy Municipal Commissioner (in charge of the eastern suburbs) from the SWD department. The project is now in the tendering stage and should be completed before the following monsoon season.
The Somaiya nullah, Laxmibagh nullah and Kannamwar Nagar nullah will also be enlarged to alleviate waterlogging in the eastern areas. However, because this work will take some time, the BMC will install additional pumps at these places until it is completed, according to sources. "The MMRDA has been requested to begin appropriate steps for the expansion of the narrow culverts," stated Additional Municipal Commissioner Ashwini Bhide. The BMC has requested that the 16 culverts be expanded, according to MMRDA Commissioner SVR Srinivas.
Image Courtesy: Twitter @NetionalD