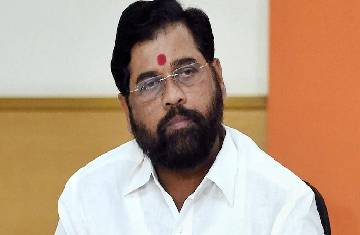 The Ulhasnagar residents find the news to be encouraging. The deteriorating Gaushala bridge will be built with funds totalling Rs 4 crore, according to the state government. MLA Kumar Ailani of the Ulhasnagar constituency had been investigating the case for several years.
The Ulhasnagar Municipal Corporation (UMC) will soon demolish the 40-year-old Gaushala bridge that connects Ulhasnagar Unit 3 and the railway station and build a new, taller bridge in its place. According to UMC officials, both pedestrians and drivers utilise the bridge that crosses the Waldhuni River and connects the railroad station and Dharamdas cow stable. The bridge is currently outdated and hazardous, as often floods during the monsoon.
Ulhasnagar social activist Sashikant Dayama stated, "The residents of Ulhasnagar have been calling for the demolition of the 40-year-old bridge and the construction of a new one for the past few years. MLA Kumar Ailani followed up with the UMC staff and state government officials on a regular basis. Eventually, the state government sanctioned Rs 4 crore, and the civic organisation chose to start the project. Soon after the work order is issued, construction on the new bridge will start.
Dayama continued, "Since it is the sole bridge on the West side, the bridge is primarily utilised by automobiles to connect to the railway station. In order to prevent flooding and maintain the free flow of water in the Waldhuni river during the monsoon, the height of the bridge must be increased. Every year, during the monsoon, the bridge breaks down and garbage becomes lodged in it.
Mahesh Sitlani, a Municipal Engineer for UMC, stated, "The project's tendering procedure is over, and a work order will be issued shortly. In 18 months, the work will be finished. The new bridge will have at least 22-meter-tall pillars that will allow the river to flow freely.
Ulhasnagar resident Anurag More stated, "Every monsoon, the Gaushala bridge is flooded under the Waldhuni river, making it difficult to access the station and forcing us to take a longer path. The inhabitants of Ulhasnagar will undoubtedly benefit much from the new bridge. The civic organisation ought to have begun the project sooner. Sitlani continued, "The height of the bridge would be extended by 5 feet, and the projected cost of the total project is Rs 4 crore. A pedestrian bridge connecting the station and the CHM College vehicle stand is also in the works and is high on the priority list.
Image Courtesy: Twitter  @Indiatoday