Shiv Sena leader Sanjay Raut's statements against Medha Somaiya are defamatory, according to the court, summons are issued 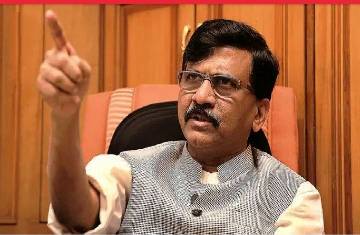 The issuance of a process marks the start of criminal proceedings before a metropolitan or judicial magistrate based on an individual's complaint. When the process is issued, the accused person must appear in court. In her complaint, Somaiya claims Raut made baseless and completely defamatory allegations against her and her husband, accusing them of being involved in a Rs 100 crore scam involving the construction and maintenance of some public toilets under the jurisdiction of the Mira Bhayander Municipal Corporation.
"The accused's statements to the media are defamatory in and of themselves. The statements were made in order to discredit my character in the eyes of the general public "According to the complaint. She had requested that the court issue a notice to Raut and initiate proceedings against him for defamation under sections 499 and 500 of the Indian Penal Code.
The magistrate ruled that documents and video clips produced on the record, prima facie, show that the accused made defamatory statements against the complainant (Medha) on April 15 and 16, 2022, in order for them to be seen and read by the general public in newspapers.
The complainant has also proven, prima facie, that Raut's words have harmed the complainant's reputation, according to the court. As a result, the court added, the ingredients of Section 500 are prima facie proved against the accused. Section 499 of the IPC deals with defamation, while Section 500 specifies the penalty, which can be simple imprisonment for a term of up to two years, a fine, or both.
Image Courtesy: Twitter @rautsanjay61