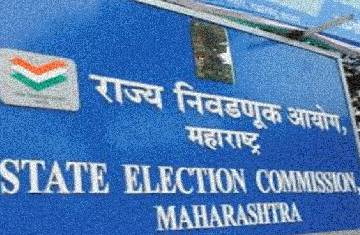 In a recent move the State Election Commission (SEC) has declared by polls for six Zilla Parishad (district councils) — Palghar, Nandurbar, Dhule, Washim, Akola, and Nagpur — and 33 other panchayat samitis for the seats vacated after the Supreme Court (SC) order against the reservation for the Other Backward Classes (OBC) community. This decision has certainly added to the existing woes of the state government.
The polls are scheduled to be held on October 5 and the counting will be done the following day. Besides this decision, SEC has also led the way for ‘Mini-Assembly Elections’ to be held in 2022. Around 15 Municipal Corporations (including Mumbai, Navi Mumbai, and Thane), 29 of 36 district councils and over 90 municipal councils will compete for polls over the next year. The election to local bodies in such a huge number is considered as the ‘Mini assembly polls.
This decision has witnessed criticism from almost all the political parties in the state. If the elections are held without the OBC reservation, there would be a huge uproar in the community which might not look good for the MVA. On Saturday, SC had announced that the decision should be taken solely by the poll body and that the state government is not authorized to schedule or postpone local body elections. In an earlier statement, the SC had also stated that the absence of the political quota to OBCs in local body elections cannot be a reason for the rescheduling of the polls.
UPS Madan, the State Election Commissioner, released a statement on Monday saying. In March, besides discarding OBC reservation in local bodies, the Apex court had asked the state government to collect and put forth empirical data of the community to decide quota. Therefore, the community will not get a reservation until the said data is collected. Meanwhile, all the parties have already decided to put forth only OBC candidates for the local body polls.