'No hasty arrests in cases punishable by a seven-year prison sentence,' Order issued by the Director General of Police in Maharashtra 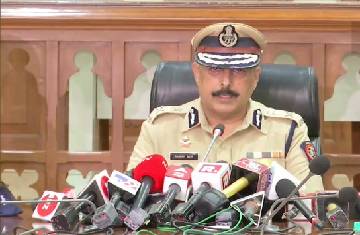 In light of three recent Supreme Court decisions holding that immediate arrest of the accused is not required in all cases, the Director General of Police (Maharashtra) has issued a standing order instructing all State Police personnel to exercise restraint and adhere to the presumption of innocence before making an arrest. The order clearly states that failure to comply will result in disciplinary action as well as contempt of court charges.
The standing order, signed by DGP Rajnish Seth of the Maharashtra Police, was issued on July 20 and is primarily based on the Supreme Court's decision in the Arnesh Kumar vs. State of Bihar case, which stated that arrests should be an exception in cases where the punishment is seven years in prison or less.
While the decision was made in connection with cases of dowry harassment, the Supreme Court stated that the same rule applies to all cases punishable by seven years or less in prison. Since then, the Supreme Court has issued two more decisions, one by the Delhi High Court, reiterating that the police should not be overly eager to arrest the accused in such cases.
In the Order, Seth reminds all police officers that arrests in such cases should only be made with the approval of a judicial magistrate. Furthermore, the magistrate is required to review the facts of the case and make an appropriate decision. "The consequences of non-compliance will almost certainly benefit the person accused of the offence. As a result, when considering an application for enlargement on bail, courts must ensure that this provision is followed. Any failure to comply would result in the accused being granted bail "the order states.
Image Courtesy: Twitter @ANI