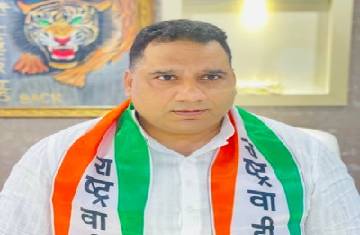 In a recent decision ahead of the Brihanmumbai Municipal Corporation elections 2022, the Nationalist Congress Party’s (NCP) Minority cell has decided to open their own offices at 20 places all over the state of Maharashtra. The idea was led by Nationalist Congress Party’s (NCP) national General Secretary Saleem Sarang and took it to the party’s state chief and minister Jayant Patil and had a discussion with him in this regard.
“All the work in these newly built offices will be directed by the main office and will flow the party’s reach in the minorities,” stated National General Secretary Saleem Sarang of Nationalist Congress Party (NCP). He further assured that minorities will be listened to and this will encourage them to speak about the problems they might be facing. We will be working on the workflow by trying to address the issues faced by these people from the required authorities.
Further blaming the lockdown, he stated that much work was to be done which has been a pause due to the lockdown. He continued, that there are many welfare schemes for the development of minorities that are not reached to them due to lack of awareness. So aiming at this the Nationalist Congress Party’s (NCP) Minority cell will be working on this issue.
Further, he also stated about the celebration of Eid-e-Milad which is the birthday of Prophet Mohammad to be held on 19 October, that he had a talk with Patil about easing the curbs so that people get to celebrate their festival with usual happiness.
Image Courtesy: Twitter @Sarangsspeaks