Neelam Gorhe, the head of the Thackeray camp, denies joining the Shinde group 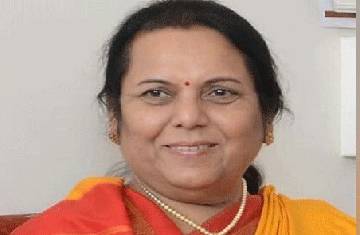 Neelam Gore, Deputy Chairperson of the Maharashtra Legislative Council and Uddhav Balasaheb Thackeray, Deputy Leader and Spokesperson of the Shiv Sena issued a vehement denial in a tweet on Saturday amid reports that she had joined the Shinde camp. When she met with Lok Sabha Speaker Om Prakash Birla with Chief Minister Eknath Shinde also present, it led to news reports about Ms. Gore leaving the Thackeray faction and joining the Shinde camp.
"Yesterday I met with the Speaker of the Lok Sabha. Many inflated and unfounded rumours were spread about it. Again, I want to be clear that I did not talk politics with anyone during this meeting. In a tweet, she stated, "My loyalty to Shiv Sena Uddhav Balasaheb Thackeray is unwavering and will last forever. Gorhe claimed that she had discussed a wide range of topics with Birla, including the treatment of women in Maharashtra and the case of Shraddha Walker's death. The Lok Sabha Speaker has promised to look into the cases of women's oppression in Maharashtra, she continued.
According to Gorhe, infrastructure facilities ought to be built in key areas for the benefit of women. She drew attention to the Central Archaeological Department's disregard for the forts and temples of Maharashtra. The safety and self-respect of women employed by the military and other significant institutions should be protected, according to Gorhe. She requested that the accused, who had been detained in connection with the death of Shraddha Walker, face the proper consequences.
According to Gorhe, the State Government has been asked to name prominent attorney Ujwal Nikam as the special public prosecutor in this case. When Gorhe approached Chief Minister Eknath Shinde, he received his approval right away and promised to take action.
Image Courtesy: Twitter @SanjayJog7