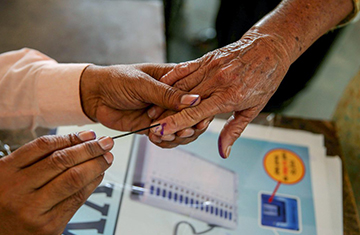 Ahead of the Brihanmumbai Municipal Corporation (BMC) elections 2022, in the polls for 1,802 seats in 106 Nagar Panchayats, the incumbent Maha Vikas Aghadi (MVA) outperformed the BJP. The results for 97 of the 106 Nagar Panchayats, totaling 1,638 seats, were announced on Wednesday, while those for nine others, totaling 153 seats, will be announced on Thursday. Although the BJP took the top spot with 384 seats, the NCP, Shiv Sena, and Congress collectively gained 944 seats. The Nationalist Congress Party (NCP) won 344 seats, Congress 316, and the Shiv Sena 284. In addition, the 206 Independents who won are expected to play a critical role in winning the Presidential and Vice-Presidential elections.

Jayant Patil, the state NCP head, has criticised BJP leader Devendra Fadnavis, who stated last week that the NCP was only in three-and-a-half districts. Patil claimed that the party's strength had been cemented across the state as a result of Wednesday's polls. He claimed that the MVA partners had outwitted the BJP, which he predicted will suffer the same fate in the upcoming elections. Nana Patole, the state Congress Chairman who sparked controversy after saying he would assassinate Modi, failed to make his party number one in these elections. Patole, who had claimed that the Congress will run alone in local body elections, will need the NCP and Shiv Sena's aid to take control in several Nagar Panchayats. "The party did better than expected," stated state chief spokesperson Atul Londhe. In more than 70% of Nagar Panchayats, the BJP will lose power. It is losing every election, and it is on the verge of collapsing."