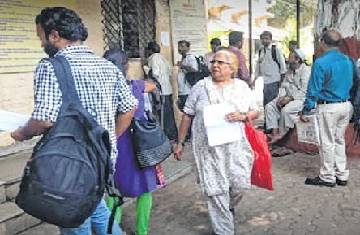 The Citizen Facilitation Centres (CFCs), which were established at the tehsil offices in suburban Mumbai to make it easier for the general public to access government and civic services, will soon be closed. The Mumbai Suburban Collector and District Magistrate decided to close the centres in the Kurla, Borivali, and Andheri Tehsil offices. Private players' services will still be available.
The facilities' operational costs were 1.5 times more than the amount charged to the public to use them for government services, making the centres commercially unviable. A senior official with the state revenue department revealed that important documents like income certificates, domicile, senior citizens cards, residence certificates, and caste certificates were issued at the CFC for a small cost.
He continued by saying that since they must now be obtained from private facility centres, citizens will be required to pay a higher charge. People might apply at the CFC for a variety of licences, including trade licences, hoarding and advertising permissions, permission to chop and trim trees, registration of shops and establishments, birth and death certificates, and many other types of licences. At the CFCs, citizens also filed complaints about public amenities.
The CFCs also allowed for a variety of payments to be made through a "one window system" for bills from all departments, including fees for all licencing kinds, deposits, permissions, and water rates, among others. These payments could be made in cash or even by check. Praveen Chheda, a former leader of the opposition in the Mumbai Municipal Corporation, has voiced his opposition to the closure of the CFCs.
Chheda claimed that private facilities would impose arbitrary fees and that people would have to pay more to obtain official documents and services. "We used to pay for and receive documents from the CFC office that were created for the underprivileged and needy people. Public officials used to assist by filling out the form in our private office and scheduling documents at CFCs, but this will no longer be allowed, according to Chheda.
Image Courtesy: India Top News