The Brihanmumbai Municipal Corporation conducted a pre-monsoon survey, and according to that, the city has about 485 buildings, which are dangerous and at high risk of collapsing. In these 485 buildings, 52 are owned by BMC. The civic body said that the tenants get the stay order from the court against the demolition drive of BMC.
In the list of the dangerous buildings, most of them are in the Ghatkopar area, the buildings here are at high risk. BMC conducts this pre-monsoon survey every year for all the private and BMC owned buildings and declares the list of the buildings which are dangerous to live in and are at high risk of falling in Mumbai and suburban Mumbai. The buildings which fall on the list and need to be demolished are tagged as C-1 by BMC. When the civic body declared the list three years back, there were 619 such buildings in Mumbai.
BMC hand over the notices of evacuation to the risky buildings, but many times the tenants choose the way to the court and appeal for a stay order on the process and continue to live in such buildings, which can collapse any time. BMC can conduct the audit for the buildings which are more than 30 years old according to its policy.
A building was collapsed on Thursday in Malad, which comes in P south ward. In this same ward, there are 25 such buildings which are already been declared dangerous. As per the reports, the building which got collapsed was not on the list. The high-risk buildings are mostly from the areas of Bandra, Ghatkopar, Mulund, Andheri, and Jogeshwari. 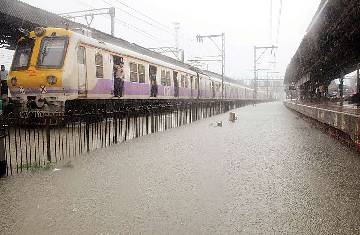 Relief from restrictions, 19 districts of level one to open from next week in Maharashtra