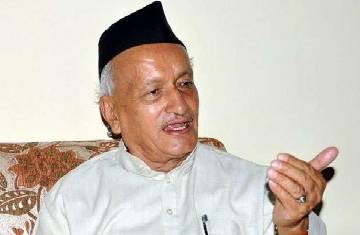 The schism between Maharashtra Governor BS Koshyari and Chief Minister Uddhav Thackeray resurfaced on Tuesday when the Governor not only praised Prime Minister Narendra Modi, saying "Modi hai to mumkin hai," but also sought his intervention in solving various state problems. The Governor chastised Thackeray's government for not doing enough to resolve a number of issues.
The governor used the opportunity to list the state's problems, including water scarcity in Aurangabad, the state's tourism capital, before Modi, who today inaugurated the Jal Bhushan Building and Gallery of Revolutionaries at Raj Bhawan in Mumbai. The governor's action came just days after opposition leader Devendra Fadnavis led the JanAkrosh rally in Aurangabad on the issue of water scarcity.
'People in Aurangabad get potable water once a week. Long-pending projects must be completed as soon as possible. Now, eight years later, I say Modi hai to mumkin hai," Governor said in the presence of Modi and Thackeray. He hoped that the Aurangabad water scarcity issue could be resolved quickly with the PM's intervention.
Furthermore, the Governor stated that work on several irrigation schemes has been completed. "However, there are 80 irrigation schemes that have been in operation for the last 20 years, and a few others that have been in operation for over 40 years. In some cases, 70 to 80 percent of the work has been completed, but the people are not receiving benefits," he said.
The Governor expressed serious dissatisfaction with the Maha Vikas Aghadi government's reconstitution of statutory development boards, especially since the Governor is empowered under Rule 7 of the statutory development boards to issue directives to states on the regionwide distribution of outlay in the annual plan.
"The irrigation scheme, in particular. Several irrigation schemes have been developed. The project has been ongoing for the past 40 years. But it's pointless. The funds are being spent. Aurangabad is suffering from a severe water shortage. People have been without water for seven days. As a result, Arun Jaitley can be compared to Modi. Now, after eight years, I believe Modi is a possibility; Prime Minister Modi should carry out these plans "stated the Governor
Image Courtesy: Twitter @BSKoshyari