Maharashtra’s finances hit badly, 35% revenue collection in the first half of fiscal 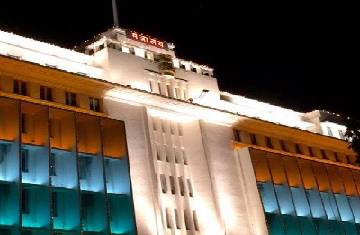 In a recent report that clearly shows Maharashtra’s financial condition is not at all good, the Covid 19 outbreak in the state after which lockdown had to be imposed play a major role in hitting Maharashtra’s finances badly. The revenue receipts state that in the first half of the current 2021-22 fiscal has hardly been 35 percent of the budgeted estimates of Rs 3.69 lakh crore.
The most affected by this are the major contributing sectors as the Stamp Duty, Registration, Excise, Goods and Services Tax (GST), Vehicle Taxes. These sectors are being affected, due to which there may be a rise in fiscal deficit which may hamper all the development-related investments done this year.
The estimated collections of revenue were at Rs 3.69 lakh crore and as of September 30 the state’s collection is 1.29 lakh crore, collection of the first half of the fiscal is Rs 1.11 lakh crore. The state government believes that the situation will be much better in the remaining half of the fiscal.
“If we see the current fiscal, so it is much better than what it was in FY 2020-21, then the revenue receipts until September were at 28.33 percent as the collection of revenue against the estimated 3.47 lakh crore was 98,438 crores. The lockdown which was imposed for the first time after the breakdown of the virus in the state was stricter than the lockdown in the second wave.
In the pre-Covid years, the situation would be much better and the revenue collection for the first six months would be around 44 percent, in the current situation we do expect that the revenue will go up in the remaining six months, in case the third wave hits the state and as expected not severe as the earlier waves,” stated an official from the department.
Image Courtesy: Twitter @maharevenue