As heavy rains lashed out across the city of Mumbai, the parking underground in Kandivali was flooded. The area of the parking lot came under the Brihanmumbai Municipal Corporation (BMC) with many cars and auto-rickshaws being adhered in the parking lot. Heavy rains in the city for the past few days have created havoc in the daily operations. Around 400 vehicles were stuck underground which is in the Kandivali East Area. From Saturday the water started to gather inside the basement as over the weekend heavy rains lashed the city.
To take the water out from the basement, three water pumps have been positioned by the Brihanmumbai Mumbai Municipal Corporation (BMC) and the fire brigade. A search operation going on to make sure that no one is inside the parking lot. People from that area hold the Brihanmumbai Municipal Corporation (BMC) accountable for the damages that have been occurred to their vehicles, as parking fees and maintenance charges were paid by them timely. They blamed the BMC that they were not able to find the issues before time and no planning was made to avoid a situation like these. Many of the vehicles which are damaged can’t even be repaired, the locals ask BMC to pay for all the damages.
After all the allegations made by the locals, the BMC responded stating that "In the basement of Vasant Pride building in Thakur complex area amenity parking has been made which covers an area of almost 20,000 square feet. Just opposite the parking lot is a nullah which is about 5 meters and because of the severe rains a lot of water that is from the hill in the Sanjay Gandhi National Park and also from 90 feet road coming down that is from all the sides causing it to fill the parking lot in the basement.”
The authority went on to say that “Soon after we got the information of parking lot being flooded all the municipal officials with fire brigades, police reached the spot. By installing four large pumps the water was pumped out by the corporation. 70 to 80 litres of water was filled in the basement and all of this has been pumped out.” 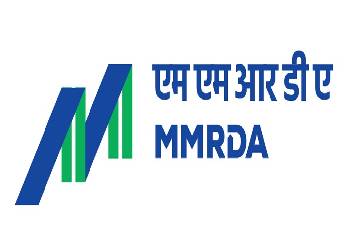