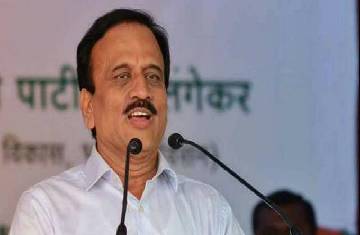 It's now a done deal. A close ally of Deputy Chief Minister Devendra Fadnavis and Minister for Rural Development, Mr. Girish Mahajan, revealed that the BJP's goal was to split the Shiv Sena almost six months after the Maha Vikas Aghadi government, which was led by the Shiv Sena, fell and the Shinde camp-BJP government was established in Maharashtra.
"This entire mission was not that simple. 40 individuals left a party akin to the Shiv Sena because they were sick of Uddhav Thackeray. At the ceremony in the Jalgaon district, Mr. Mahajan stated in the Chief Minister, Mr. Eknath Shinde, presence that it was very tough to leave with seventeen, or eighteen persons and arrive at fifty.
The question is, "How did Eknath Shinde become Chief Minister? When we gave it some thought, we also found it hard to believe. But the procedure got underway. Eknath Shinde moved forward, and eventually, his entire army joined forces with him. It was because of Chamunda Mata's blessings," Mr. Mahajan declared to thunderous cheers from the audience. The legislators arrived and stood firmly with Eknath Shinde, he continued.
The troublemaker for the BJP, Mr. Mahajan, asserted that Eknath Shinde was installed as chief minister of Maharashtra without any delay after the change of power appeared to be caused by a wave. When the Maha Vikas Aghadi government was in power for two and a half years, Mr. Thackeray served as chief minister, according to Mr. Mahajan. However, Mr. Mahajan praised Mr. Shinde and Mr. Fadnavis for working to advance the state's overall development. "I advise Eknath Shinde to get at least four or five hours of sleep, but he works till three in the morning.
The CM and DCM are working around the clock to address all of Maharashtra's outstanding concerns and to participate in minor community events. The residents of Maharashtra believe that a "Janata Raja" rules the state. He claimed that the CM and DCM were truly performing the work of delivering justice to Maharashtra.
Image Courtesy: Twitter @themaktab