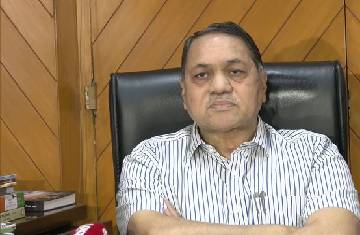 In the days leading up to the Shiv Sena's rally on May 14 and the BJP's public meeting on May 15, as well as a threat letter to Raj Thackeray and his party's protest against Azaan, and the arrest of four alleged terrorists linked to Babbar Khalsa International (BKI) in Haryana's Karnal town for their connection to Nanded, Home Minister Dilip Wasle-Patil met Chief Minister Uddhav Thackeray on
"The Home Minister informed the CM on the law and order situation and the efforts taken in districts and cities to safeguard social and communal peace against the backdrop of the Azaan-Hanuman Chalisa issue," a senior home department official told the Free Press Journal. Apart from that, the HM also told the CM about the security plans in Mumbai, particularly to avert any untoward
incidents on May 14 and 15 during Shiv Sena and BJP rallies, respectively."
The arrest of four alleged terrorists belonging to Babbar Khalsa International (BKI) in Haryana's Karnal town for their ties to Nanded was also discussed, according to the official. Gurpreet, Amandeep, Parminder and Bhupinder were apprehended by Haryana Police on Thursday. When they were detained, the police stated they were on their way to Adilabad, Telangana, to transfer a shipment of 7.5 kg RDX, 30 live cartridges, a revolver, and Rs 1.3 lakh in cash.
Wasle-Patil, who is in Nanded on Saturday, will preside over a meeting with district police officers to assess the law and order situation. The arrest of four alleged terrorists and their ties to Nanded, as well as the district police's efforts to prevent terror attacks, will be explored in detail.
HM also informed the CM about the agitation among sugarcane growers as a result of impending crushing. Deputy Chief Minister Ajit Pawar has already urged farmers not to take drastic measures and promised them that the standing cane crushing will be completed.
Meanwhile, Walse Patil met with Ashutosh Dumbre, the head of the State Intelligence Department, and Vinit Agarwal, the chief of the Anti-Terrorist Squad. Dumbre gave intelligence information, while Agarwal provided an update on the terror suspects' interrogation.
Image Courtesy: Twitter @fpjindia