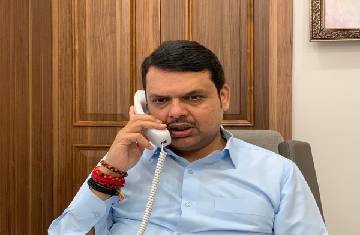 The NCP's national push, particularly in Uttar Pradesh and Goa, has rubbed the BJP the wrong way ahead of the Brihanmumbai Municipal Corporation (BMC) elections 2022. Ajit Pawar, Maharashtra's Deputy Chief Minister and Devendra Fadnavis, the head of the opposition, had a heated discussion over the NCP's role in national politics on Saturday. The instant trigger was Fadnavis' jab at NCP president Sharad Pawar, who said that a party cannot claim to be "national" simply because it uses the word "nationalist" in its name. Fadnavis backed up his assertion by claiming that the NCP's footprint in Maharashtra is limited to only three and a half districts.

Ajit Pawar retaliated by slamming Fadnavis, saying that given Sharad Pawar's stature in national politics, he should show respect and moderation when criticising him. "The NCP is a party confined to Western Maharashtra; it purports to be a national party, but it has to restrict itself to neighbourhood catchment areas," said Fadnavis, who is in charge of BJP poll administration in Goa. "The NCP has no existence of its own," he continued. That is to say, it hasn't risen to power on its own. There is no need to take NCP seriously in Goa in this situation. The NCP has allied with the Samajwadi Party in Uttar Pradesh, just as it has with the Congress and the Shiv Sena in Maharashtra."

"Nobody should undercut anybody," Ajit Pawar remarked in response to the bluster. Each employee has progressed to their current position as a result of years of hard work." He clarified that he speaks about state matters, similar to how NCP veterans speak about national politics. "Fadnavis' criticism would be answered by NCP chief spokesperson Nawab Malik, party MP Praful Patel, or my sister Supriya Sule. But, given Sharad Pawar's status and work at the national level, the next generation should speak with respect," he responded.