Despite the COVID-19 spike, BMC Chief Iqbal Chahal maintains there is no need for a lockdown 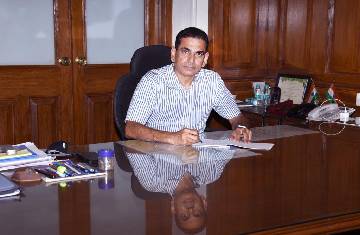 Municipal Commissioner Iqbal Chahal stated on Friday that the criterion is not merely the positive rate, reiterating State Public Health Minister Rajesh Tope's words of reassurance that there is no imminent need for imposing a lockdown or further restrictions in Mumbai. "The number of beds occupied in hospitals and the requirement of oxygen are the two criteria set for the approaching wave, explained Chahal. Only 1,180 patients were hospitalised and 110 were on oxygen support out of over 20,000 people who tested positive for coronavirus in Mumbai on Thursday, he said, adding that more than 5,000 out of 35,000 hospital beds are occupied.

"At minimum 83 percent of beds are currently unoccupied, and oxygen usage is less than 10%." We consumed 235 MT oxygen during the second wave (per day). According to Chahal, "there is no need for lockdown in the current situation" because of these factors. He further declared that the positive rate from the month of December has gone up instantly from what it was last year. However, only 17 people have died in the city in the last 16 days. He claimed that while the number of active cases has surpassed one lakh, the fatality rate is only one per day. "We're keeping a careful eye on what's going on." "Three to four times a day, I personally evaluate things," the Commissioner stated. The head of the civic body, on the other hand, cautioned against complacency. Omicron infection is not the same as the flu, but it is a virus, he said, asking people to use masks and follow Covid guidelines.

If anyone tests themselves using a self-testing kit, the information is updated on the ICMR's website, and the BMC receives information through it, according to Chahal. Self-testing kits were used by 3,800 persons in Mumbai on Thursday, and 288 of them tested positive. He stated that this figure was included in the daily tally.