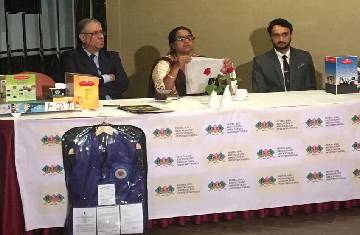 The ranking of Mumbai city in the Swachh Bharat Survekshan 2021 has attracted n number of criticisms from the corporators. The corporators not only slammed the Brihanmumbai Municipal Corporation (BMC) for being lethargic but also blamed the citizens for not showing their participation to make the city clean.
With this, Deputy Municipal Commissioner Sangeeta Hasnale explained that the reason behind the low ranking was Brihanmumbai Municipal Corporation’s (BMC) preoccupation as it was busy fighting with the Covid 19 situation in the city of Mumbai, so couldn’t pay heap to this cause.
Ahead the corporators attacked stating that this was not the first time when the Brihanmumbai Municipal Corporation (BMC) has failed to make to the list of top 10 cleanest cities or top 25 despite being the richest municipality in the country. The corporators further alleged that everything looks good only in papers.
In the year 2021 it ranked 37th in 2020 it was 35th and in 2019 and 2018 it was at 49th and 18th respectively. The Congress Corporator, Ravi Raja stated lack of cleanliness ethics and lack of basic civic sense that one citizen should have as the factors which resulted in these rankings. With this, he added that more focus should be on garbage disposal and segregation of waste.
“With such attitude, the city of Mumbai will never be able to achieve the zero garbage status and uplift its ranking from what it is in the current times. To better the ranking consultants have also been appointed but nothing has been better as of now. The need of the hour for the Brihanmumbai Municipal Corporation (BMC) is now to focus on major issues and start working on them, rather than only signing it off on papers,” stated Congress Corporator
These allegations have made the round at a time when the Brihanmumbai Municipal Corporation (BMC) elections 2022 are at their peak. This ranking has given a chance to the opposition to hit out at the current ruling civic body that is Maha Vikas Aghadi (MVA) consisting of Shiv Sena, Congress and Nationalist Congress Party (NCP).