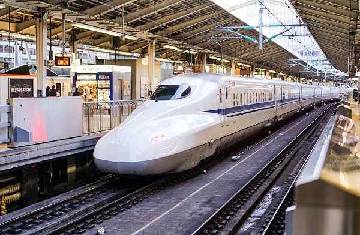 The land acquisition for the Mumbai-Ahmedabad Bullet train project is finished, with the exception of the land owned by the Godrej & Boyce firm at suburban Vikhroli, the Maharashtra government informed the Bombay High Court on Monday. The statement was made in front of a division bench of RD Dhanuka and SG Dige during the hearing in a petition filed by Godrej challenging the State government's September order awarding Rs 264 crores in exchange for acquiring its land for the project. Advocate General (AG) Ashutosh Kumbhakoni and Additional Government Pleader Jyoti Chavan, appearing for the state government, made the statement.
The acreage needed for the project stretches from Bombay to Ahmedabad, according to Kumbhakoni. All land purchases have been made, with the exception of this piece (owned by Godrej). The petition, according to Godrej's legal representative Navroz Seervai, concerns a constitutional challenge to the amendment to the Right to Fair Compensation and  Transparency in Land Acquisition, Rehabilitation, and Resettlement Act that exempted the bullet train project from a professional social impact assessment. He promised to argue the primary challenge and any connected matters for three days.
The AG urged the court to promptly hear the case because all acquisition requirements had been completed and all that was left was for the land to be taken into possession. Only the portion of the other land that belonged to Godrej was not in the state government's ownership. The HC then announced that hearings will begin on the case on December 5. Godrej has also submitted a request in the writ petition asking that the data and documents used by the State government to make decisions on the land parcels to be purchased for the project be made public. According to Seervai, significant disclosures were made before the Gujarat High Court, and he will rely on those statements in the current petition.
The government had objected to the application, claiming that the issue of the inspection was somehow related to roving and fishing. All parties have been requested by the court to provide summaries of their arguments. Since 1973, there has been an ongoing ownership dispute between the government and Godrej involving more than 3,000 acres of land. The conflict over the purchase of property for the bullet project has been ongoing since 2019. 21 km of the 508.17 km of rail between Mumbai and Ahmedabad are expected to be underground. The ground at Vikhroli is where one of the tunnel's entrances is located (owned by Godrej).
Image Courtesy: Twitter @metrorailtoday