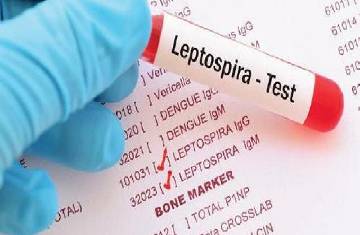 The BMC has implemented stringent leptospirosis prevention measures in order to ensure a disease-free monsoon. Flooding raises the risk of infection exposure. The disease claimed the lives of eight people in 2020 and six more in 2021. As a result, a civic team has begun ward-by-ward inspections of 326 cattle sheds in the eastern and western suburbs. The owner of the cattle shed who does not follow the standard operating procedure will face legal action.
Leptospirosis is primarily a monsoon disease caused by the bacteria leptospira, which is found in the urine of animals such as rats, dogs, and cattle. During heavy rains, people may have to walk through standing or flowing water. The same water could contain leptospirosis, and if a person comes into contact with it, the bacteria can enter the body through wounds. The city recorded 224 cases of lepto last year, and 240 cases in 2020.
For the prevention of leptospirosis, the BMC health department has issued SOPs to cattle shed owners for animal treatment and cattle shed management. Prophylactic SM injection, treatment of infected animals, proper disposal of animal excreta, and cattle shed hygiene are among the measures. A ward-by-ward inspection has also begun by a team of officers from the medical health department, pesticide, solid waste management, assistant engineer water works, and assistant engineer maintenance.
Mumbai has 326 cattle sheds, with 82 in the eastern and 244 in the western suburbs. The majority of cattle sheds are located in Jogeshwari, Andheri, Malad, Kandivali, Borivali, and Dahisar. A team from R South (Kandivali area) inspected 17 cattle sheds, and 11 of them were told to take the necessary measures within seven days or face legal action.
Sandhya Nandedkar, BMC R south ward assistant commissioner, stated that after inspecting the cattle sheds, inspection reports are prepared and time is given to the cattle shed owner to take appropriate measures. A similar inspection is taking place in Jogeshwari, Andheri, which has 25 cattle sheds, according to K west ward medical health officer Dr. Ajit Pampatwar. The civic body recently launched a campaign to eliminate mosquito breeding sites in order to prevent the spread of malaria and dengue fever during the monsoon season.
Image Courtesy: Twitter @themaktab