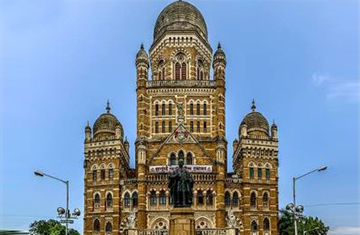 Concerned with the growing number of abandoned vehicles cluttering the city's crowded roadways, BJP councillors have requested that the Brihanmumbai Municipal Corporation (BMC) develop a policy to eliminate them. At the civic improvements committee, BJP corporators filed a point of order, requesting that the civic administration intervenes in the case. As per BJP, numerous derelict automobiles are intruding on-road space, causing traffic congestion and jams. These officials claim that neither the RTO nor the BMC shreds nor clear these vehicles, causing traffic congestion. The corporators also pointed out that many anti-social elements take shelter in these abandoned vehicles.

BJP councillors have also claimed that the BMC and RTO are avoiding their responsibilities to clear/scrap these automobiles, even though both bodies are running out of capacity to park such abandoned vehicles. "I have backed the point of order brought by Corporator Swapana Mhatre," BJP corporator from K East Abhijit Samant stated. BMC used to lift abandoned autos until 2019. Following that, BMC stopped lifting automobiles, claiming that the vehicles should be lifted by the RTO. I also told the committee that both BMC and RTO are avoiding their responsibilities. However, both authorities lack the necessary space to store abandoned vehicles." "Many antisocial characters are seeking refuge in these vehicles, and civilians are suffering as a result," Samant added. These cars are also hazardous to one's health. "Due to legal difficulties, BMC is unable to scrap abandoned automobiles," he noted.

Swapna Mhatre, a BJP corporator from the H west ward, said "In the Major Influence on the development, I filed a point of order. BMC has no policy or plan in place to dispose of abandoned vehicles. As a result, BMC should devise a strategy for lifting automobiles. We further requested that this point of the order be deferred until the administration provides a sufficient response." "Improvement Committee Chairman Sadanand Parab informed me that this issue will be brought to the attention of the BMC Commissioner," she continued.

BMC used to put notices on automobiles, requesting that owners remove or clear their vehicles within 15 days of receiving the notification. Those who reclaim abandoned vehicles must pay Rs. 10,500 fine. If no one comes forward to claim the vehicle, the BMC used to set a price for each of these automobiles and sell them at auction. In 2018, a residents' group named Soch Sayani launched a campaign called "Operation Khatara" to clear out abandoned cars that were taking up space on local roads. They alerted the RTO and BMC, who assisted them in removing the vehicles.