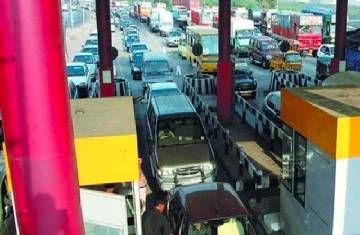 The Brihanmumbai Municipal Corporation (BMC) is planning to build another bypass road to ensure a smooth traffic movement as an attempt to ease congestion in the area around Dahisar Check Naka. Lately, several citizens had criticized the state authorities over the traffic woes. Subsequently, city Guardian Minister Aaditya Thackeray called in for a joint meeting with officials from traffic police, BMC, Mumbai Metropolitan Region Development Authority (MMRDA) and Maharashtra State Road Development Corporation (MSRDC).
More than a thousand vehicles move from Dahisar check Naka along with the south Mumbai bound traffic every day, with managing cargo traffic progressing towards Gujarat and to Delhi to north India. According to the Brihanmumbai Municipal Corporation (BMC) officials, a decision on moving the pandal has been taken which had been set up for the Dahisar jumbo Covid-19 centre to free the service road. In the coming times, it also plans to construct a bypass road aligned to the service road on the south-bound lane to reduce traffic at Dahisar toll Naka.
As per MSRDC’s official statement, “In the meeting, it was decided that MMRDA will be taking off barricades from the stretches where work is completed. In addition to it, we have instructed the toll contractor to ensure a smooth surface of the road.” The MSRDC official also urged citizens to use digital mode for payment of toll to avoid traffic jams. Several Borivali residents have pointed out that motorists do not follow lane rules at the Toll Naka. Besides, the road has several potholes and adding another lane might result in a traffic jam.