BMC builds a bridge over Mithi River ahead of BMC polls 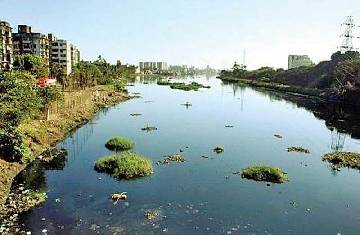 Mumbai: The Brihanmumbai Municipal Corporation (BMC) has built an east-west connecting road bridge across the Mitti River in a record period of five months and opened it to traffic, an official said. The BMC Additional Municipal Commissioner, P.M.
Velarasu said. Since then, the Bridges Department has taken advantage of the lockdown to rebuild the new bridge on the same site using the latest technology and construction techniques in just five months.
The new bridge, 34 meters long, 24 meters wide, and 7 meters high, was completed before the monsoon season despite obstacles such as many officials and workers affected by Covid-19, Velarasu added. In comparison, the original bridge, 20 m long, 7 m wide, and 6 m high, on a separate section of the Mithi River, is very small - the only freshwater river in Mumbai that originates in the Sanjay Gandhi National Park - which flows south near Powai and merges with Bandra Creek.
The bridge connected the Filterpada area in the eastern suburbs to the Arie Colony in the western suburbs, which became a crucial link between east and west for road traffic in both directions. The new bridge will have a 1.20m wide footpath on either side, 2m set aside for waterlines or other utilities, and a protective wall on both sides to protect it from the ravages of the Mitti River, which regularly floods during the monsoon.