Ameet Satam, a BJP MLA, disputes the placement of a BMC staffer who was arrested for bribery 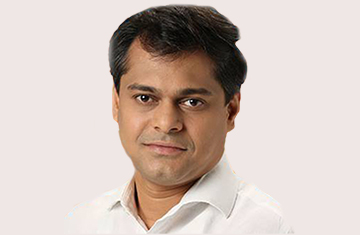 Despite a corruption case proceeding against him in the Bombay High Court, BJP MLA Ameet Satam has written to Brihanmumbai Municipal Corporation (BMC) Commissioner Iqbal Singh Chahal, requesting the termination of an engineer's employment in the building plans department. Sunil Rathod, an executive engineer with the department in Byculla, was caught red-handed by the Anti-Corruption Bureau while collecting a bribe of Rs 25 lakh, according to the letter. He was out on bail and had been suspended from the Brihanmumbai Municipal Corporation (BMC). The sessions court later found him guilty, but Rathod appealed to the Bombay High Court, which has yet to rule on his case.

Satam said that Rathod was restored with the help of a politically powerful developer and assigned to the same department in the western suburbs as Deputy Chief Engineer. The letter claims that the Brihanmumbai Municipal Corporation's (BMC) building proposal department is the most corrupt, and ex-DGP Praveen Dixit has commented on how the Brihanmumbai Municipal Corporation (BMC) has usurped territories. Further in the letter, Satam stated, "Will he impersonate suspended police officer Sachin Vaze and engage in 'Vazegiri' in the department?"