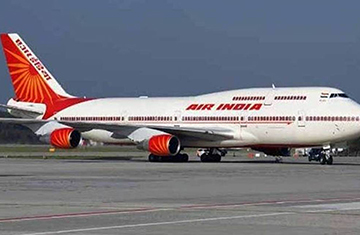 In the wake of contradicting reports on what future 5G cell phone services can do to vital airplane technologies, Air India has joined at least nine other international airlines in modifying or cancelling flights to the United States. Carriers are responding to the escalating situation in several ways. Some of Air India's, Emirates', All Nippon Airways, Japan Airlines, Lufthansa's, and British Airways' routes have been changed. Air India has announced that flights between Delhi and San Francisco, Chicago and JFK, and Mumbai and Newark would be suspended. It will continue to fly into Dulles Airport in Washington.

Both ANA and Japan Airlines said that some Boeing 777 flights have been cancelled, but that some Boeing 787 flights will be operated instead. Flights to Boston, Chicago O'Hare, Dallas Fort Worth, Houston's George Bush Intercontinental Airport, Miami, Newark, Orlando, San Francisco, and Seattle have been cancelled by Emirates. Emirates continued to fly into John F. Kennedy International Airport in New York, Los Angeles International Airport, and Washington Dulles Airport. Lufthansa has cancelled a route between Frankfurt and Miami and announced that it will replace Boeing 747-8 aircraft on flights from Frankfurt to Los Angeles, Chicago, and San Francisco with 747-400 aircraft.

According to CNN Business, British Airways "had to issue a handful of cancellations" because telecom providers' decision to delay activating the new 5G service in some regions didn't reach all of the airports the airline serves. Virgin Atlantic and Air France-KLM confirmed they were investigating the matter and had not grounded any flights. Due to the new 5G service in the vicinity of dozens of US airports, Delta Air Lines said it is preparing for the prospect of weather-related disruptions as early as Wednesday. The Federal Aviation Administration (FAA), the US air transport regulator, was concerned that the version of 5G that was set to go live could interfere with some flight instrumentation. These concerns were shared by certain aviation industry organizations.