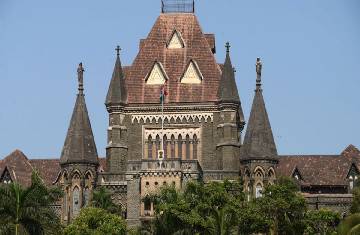 The Bombay High Court has imposed a cost of Rs 2 lakh on Adani Electricity Mumbai Limited, stating that the petition "is a ploy to tyre out the members of the union in their battle with the petitioning company." On May 6, a division bench of Chief Justice Dipankar Datta and Justice MS Karnik ordered Adani to pay the Mumbai Electric Workers Union's costs within three months of the order's date.
The case concerns employment agreements that include salaries and retirement age, among other things. Various disagreements have arisen over the years, some of which have been resolved. The HC has decided that the industrial tribunal has jurisdiction to hear the case and make a decision as soon as practicable, without entering into the facts of the original disagreement between the corporation and the employees' union.
The High Court was considering a plea brought by Adani, which claimed that the Maharashtra Industrial Relations Act, 1946 (MIR Act) did not apply to it because it generates and distributes power in Mumbai and Mira-Bhayandar. At Dahanu in Palghar, the company operates a coal-fired thermal power plant. The Bombay Suburban Electric Supply Limited owned and operated the facility and business before August 29, 2018. M/s. Reliance Energy Limited took over the company later, and M/s. Reliance Infrastructure Limited took over later. It was handed to Adani on August 29, 2018.
It has disputed the industrial tribunal's orders of August 20, 2019, as well as all following orders. The petition was filed late, according to AV Bukhari, senior advocate for the union, and the company and its predecessor companies had participated in the tribunal hearings without raising any issues. He went on to say that the petition was filed "to sabotage any efforts under the MIR Act to safeguard and/or secure industrial peace and harmony."
However, Adani's lawyer, JP Cama, contended that the MIR Act does not apply to enterprises that generate and distribute power in Mumbai. Only companies concerned only in the delivery of electricity are covered by the Act and its notifications. Himanshu Thatte, a government lawyer, argued that the MIR applied to Adani.
"We have no hesitation to declare that the reference made under the MIR Act is undoubtedly maintainable and that the provisions indeed apply to the petitioning firm (Adani)," the HC said, noting that the notifications were "unambiguously explicit." The court stated that it wants the industrial court to rule on the reference and other related applications as soon as possible.
Image Courtesy: Twitter @fpjindia