According to the BMC, COVID-19 instances are on the decline, while hospitalizations are on the rise 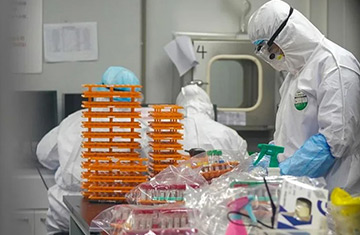 The Brihanmumbai Municipal Corporation (BMC) expects an increase in hospitalizations in the coming days, although the number of Covid positive cases has fallen and the death rate has declined. Suresh Kakani, Brihanmumbai Municipal Corporation's (BMC) Additional Commissioner, remarked "There are almost six lakh patients in-home quarantine, with some of them perhaps being admitted in the coming days. Hospitalizations are expected to climb this week and next week as a result. To prepare for the catastrophe, we've already increased the number of beds in our quarantine centres."


In addition, the Brihanmumbai Municipal Corporation (BMC) has begun teaching private nursing homes and general practitioners (GPs) how to deal with patients who have symptoms and determine when they should be referred for RTPCR tests.