According to Ajit Pawar, anyone with the support of 145 MLAs can become Maharashtra's Chief Minister 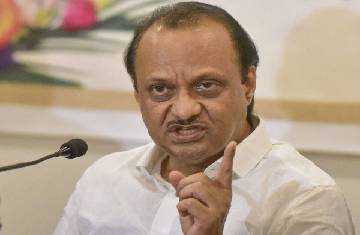 Deputy Chief Minister Ajit Pawar said on Thursday that a transgender person, a woman, or someone from any caste might become Maharashtra's Chief Minister provided they had the support of 145 MPs in the 288-member state legislature. This reaction was sparked by Union Minister of State for Railways Raosaheb Danve's comment that he wanted to see a Brahmin as Maharashtra's Chief Minister.
Danve made the remark during a protest organised by the Brahmin community in Jalna on the occasion of Parashuram Jayanti on Tuesday night. At the event, a dignitary urged that Brahmins be given more participation in local government. "I don't want to see Brahmins merely as corporators or civic body heads," Danve remarked in response. "I want to see a Brahmin as the Chief Minister of this state."
Danve claimed he campaigned in Uttarakhand and Uttar Pradesh earlier this year for assembly elections in those states. "Casteism has become so pervasive in politics that it cannot be ignored." "However, there should be a leader who can bring communities together," he added. "A Chief Minister might be anyone. "By securing a majority of 145 MLAs, a 'tritiyapanthi' (transgender) or a person from any caste/religion or any woman can be Chief Minister," Pawar remarked.
Image Courtesy: Twitter @timesofindia