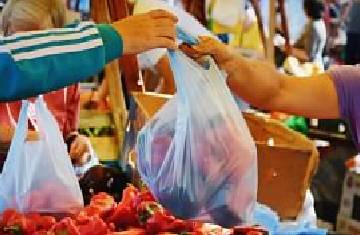 Over 2,000 kg of prohibited plastic have been recovered by the Brihanmumbai Municipal Corporation (BMC) in the past two and a half months, and the BMC has also collected Rs 16 lakh in fines from businesses and dealers that use prohibited and single-use plastic. On July 1, the civic organisation relaunched the campaign against the banned plastic. Malls, supermarkets, and stores are often inspected by civic teams from the markets, shops, and the establishment and licence departments.
The civic authority has chosen to concentrate on events where there is a higher likelihood that plastic will be utilized in the second phase. "Up until September 14, we had filed lawsuits against 318 of the violators. Now, when we audit caterers and event planners, we will also include the health department in the push "said a senior member of the community. Additionally, the local government is in discussions with an NGO about recycling the plastic that is stored in the BMC's warehouse.
A law prohibiting the use of single-use plastic was adopted by the state legislature in 2018. The civic organisation zealously enforced the rule by seizing 1 lakh kilogrammes of plastic. Additionally, Rs 5,53,90,000 in fines, which typically range from Rs 5,000 to Rs 25,000 per infraction, were collected. The law stipulates that violators may additionally face a three-month jail sentence.
Image Courtesy: Twitter @themaktab