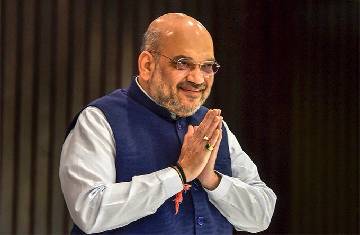 The Shiv Sena Parliamentary Party MPs, led by Rahul Shewale, joined the Shinde camp and made a strong case for giving Marathi classical language status at their first meeting with the federal home minister on Tuesday. The delegation argued that although numerous organisations and the state government had pursued the issue, the Center had not yet made a decision.
The group claimed that after the Marathi language is given classical language status, monies will be made available for its development and preservation. In institutions all around the nation, a distinct unit could be established to instruct Marathi. Additionally, it would support the expansion of Marathi language libraries.
The BJP-led administration from 2014 to 2019 and later the Maha Vikas Aghadi government both made a similar demand. Shewale, who is currently the leader of the Shiv Sena Parliamentary Party in the Lok Sabha, said that Tamil, Sanskrit, Kannad, Telgu, Malyalam and Odia had already been given the status of classical languages by the Centre. "The State Government constituted committee, led by Professor Ranganath Pathre, delivered its report to the Centre in 2013, suggesting that Marathi be given the status of a classical language. Marathi is a sophisticated language with a more than 2,500-year history.
The committee has determined that the Marathi language satisfies all requirements for classical language designation," he continued. Shewale recalled that no decision had been made even after the Madras High Court dismissed the case in 2016 over giving Marathi classical language status.
The state Marathi language department states that after a language is designated as classical, two-yearly awards are awarded to language scholars, a centre of excellence for language study is established, and the UGC is requested to establish a chair for that language in central universities.
Image Courtesy: Twitter @thecablestory