Sanjay Raut's aide's healthcare firm has been charged with fraud, which complicates matters for Uddhav ahead of the BMC elections 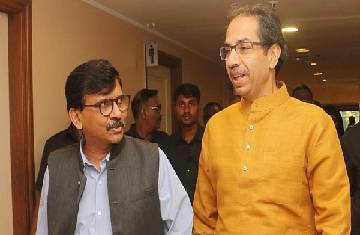 A healthcare provider was the subject of a police report at the Marine Lines station for allegedly using fake paperwork to win a contract for a massive convalescent centre from the Brihanmumbai Municipal Corporation (BMC). According to ANI, Sujit Patkar's Healthcare Management Service Ltd Company and its partners have been named as defendants in the case. Sanjay Raut, Shiv Sena MP, is said to be close to Patkar, according to the agency.
On Thursday at roughly 3:30 pm, the complaint was filed. Sandeep Gupta and Yogesh Ulle are the defendants listed by the complainant in the First Information Report (FIR). A case has been opened under sections 467, 468, and 471 of the Indian Penal Code (IPC) (fraud and forgery).
Image Courtesy: Twitter @themaktab